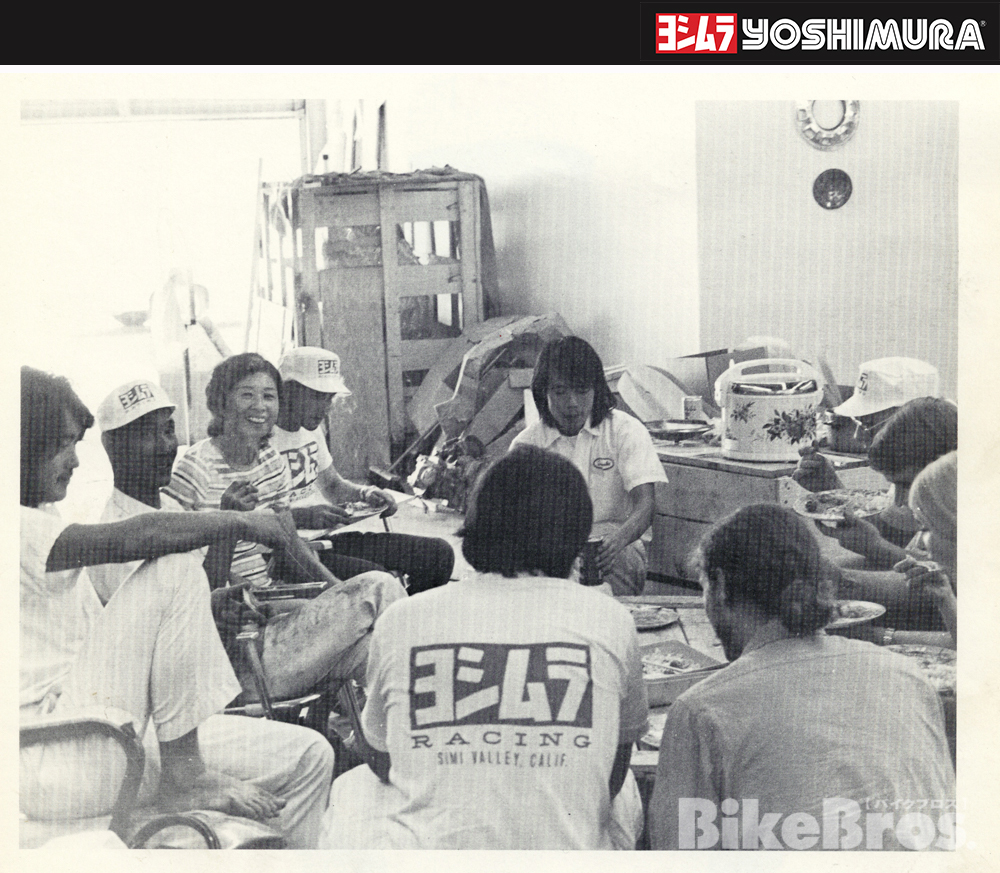 A typical Yoshimura lunch time in Simi Valley. Naoe Yoshimura’s culinary art was considered by many as the equivalent of her husband’s masterstroke a.k.a “God’s Hands”. Her homemade curry rice especially was a huge hit among staff including locals, as well as frequent customers.

Yoshimura History #09: Returning to the U.S. with a New Identity

Once achieving its long-desired dream of establishing a foothold in the U.S. market, the future of Yoshimura looked as bright as the California sun. Since Yoshimura Racing was established at the end of 1972 in Simi Valley, the subsidiary company has been enjoying outstanding achievements in various events in the following year, including Kawasaki speed challenge at Daytona Speedway in March (set numerous world speed records with Z1), the Isle of Man TT in June (Production TT race win), Bonneville Speed Week in August (set seven world speed records) and Bol d’Or 24-hour race in September (Yoshimura-powered Z1’s finished in top positions). Just as Pop and Fujio had hoped, Yoshimura has become known not only in the U.S., but throughout the world for its tuning expertise and capabilities. 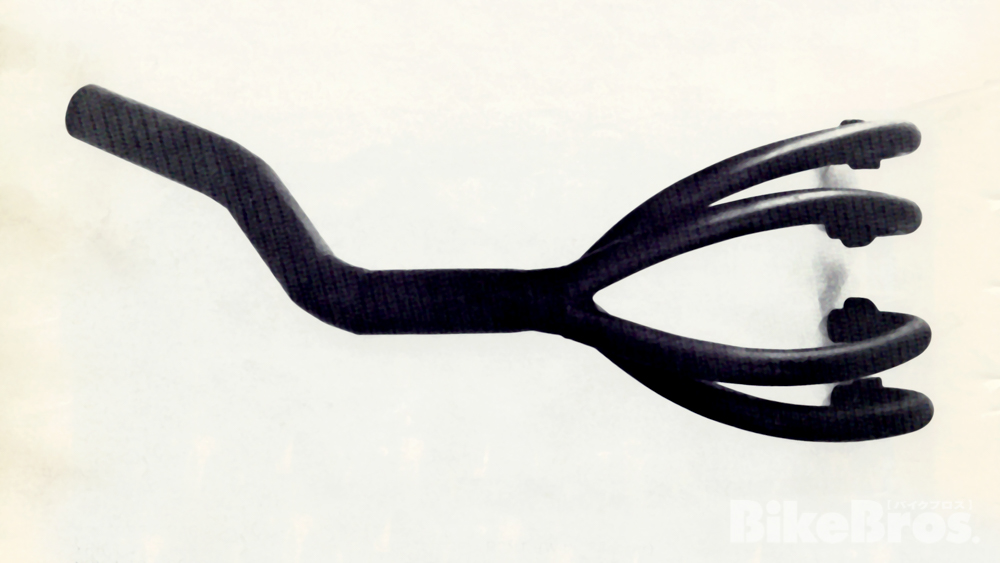 As the throne of the motorcycledom was overturned from Honda CB750 to Kawasaki Z1, the 4-into-1 pipe for Z1 became a sensational hit. Yoshimura produced hand-bent and machine-bent (with a built-in silencer) versions.

Yoshimura Racing, however, had some serious issues. The stateside business partners Dale Alexander and Starr Thompson were investing business profits into unreasonable purchases, such as buying expensive cars, and the payments for the Yoshimura performance products —- pipes, cams, pistons and so on, which were supplied by the Yoshimura Competition Motors at Akigawa —- were long overdue. Pop’s eldest daughter Namiko who was then in charge of accounting at Akigawa repeatedly inquired with Pop about the matter. Namiko also kept reminding Alexander of the debt whenever he flew over to Japan.

It goes without saying that Yoshimura performance products are not made out of thin air and therefore someone has to compensate the production cost. Pop, acknowledging the concern, responded, “Yoshimura Racing is my company. I’ll fix it on my next trip to the States.” Alexander likewise promised to pay the debt as soon as he returns to Simi Valley. 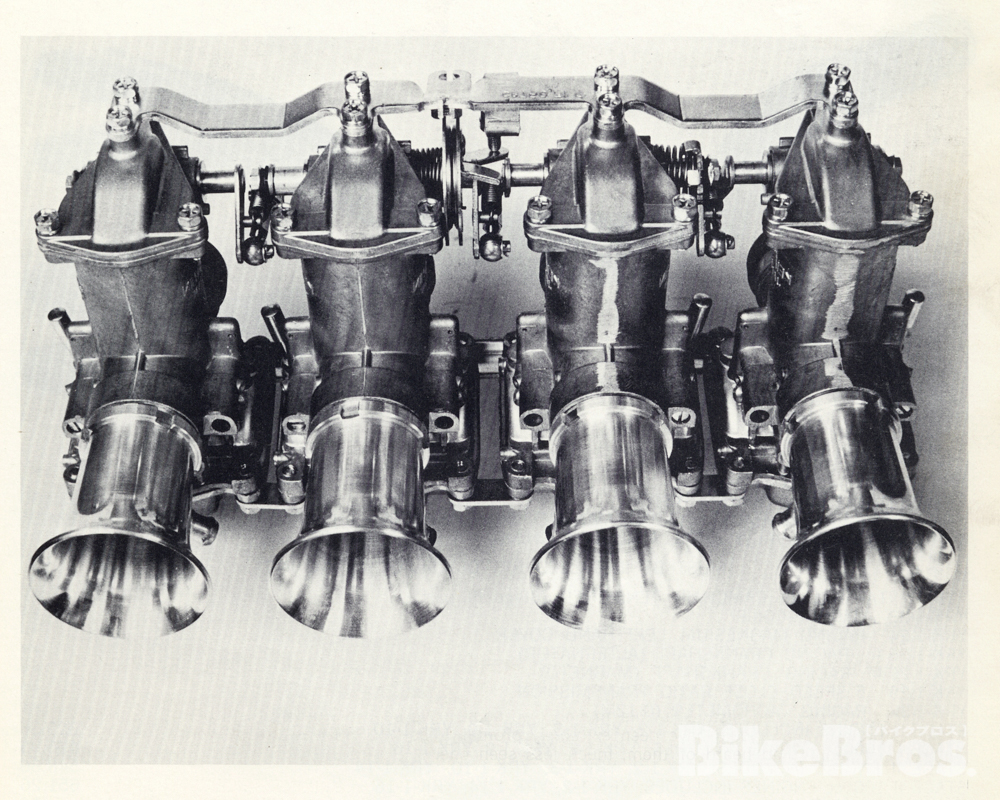 Keihin CR racing carbs were one of the essential components for the engine tuning which Yoshimura has been pursuing. They were sent from Japan to the United States along with Yoshimura’s original performance products such as 4-into-1 exhaust pipes, high-lift camshafts and big-bore piston kits.

Namiko and her husband Mamoru Moriwaki were skeptical about the stateside business partners from the beginning. There was something suspicious about them, but Pop did not share the same wariness. After long and bitter disputes over the debt, Pop, against his better judgement, told Namiko to leave Yoshimura.

Namiko and Mamoru left Akigawa a few days later, and for a while, lived in Kobe where Mamoru worked in the construction industry. Then, following their passion to work on and tune motorcycles, Namiko suggested Mamoru to move to Suzuka where they eventually established their own company, Moriwaki Engineering, on September 30, 1973. Although Namiko at that point had a sense of rivalry against her father, both she and Mamoru nevertheless felt that they needed to prepare for the worst-case scenario for Yoshimura and its subsidiary; and be ready to support them if necessary. Mamoru told Namiko that he wanted to build “a place for Pop to come back anytime and do his thing.” 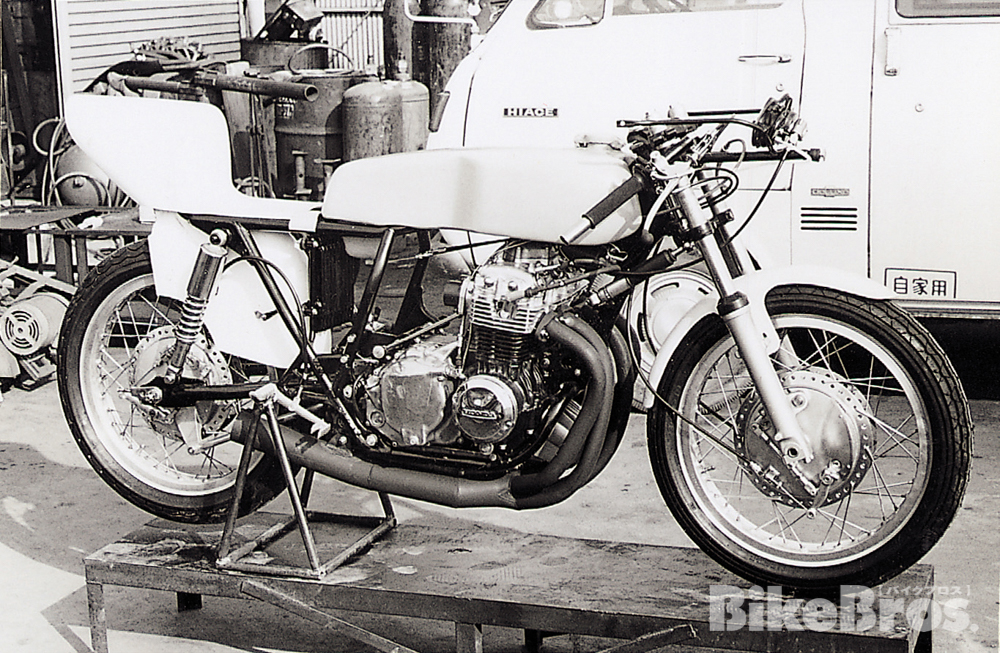 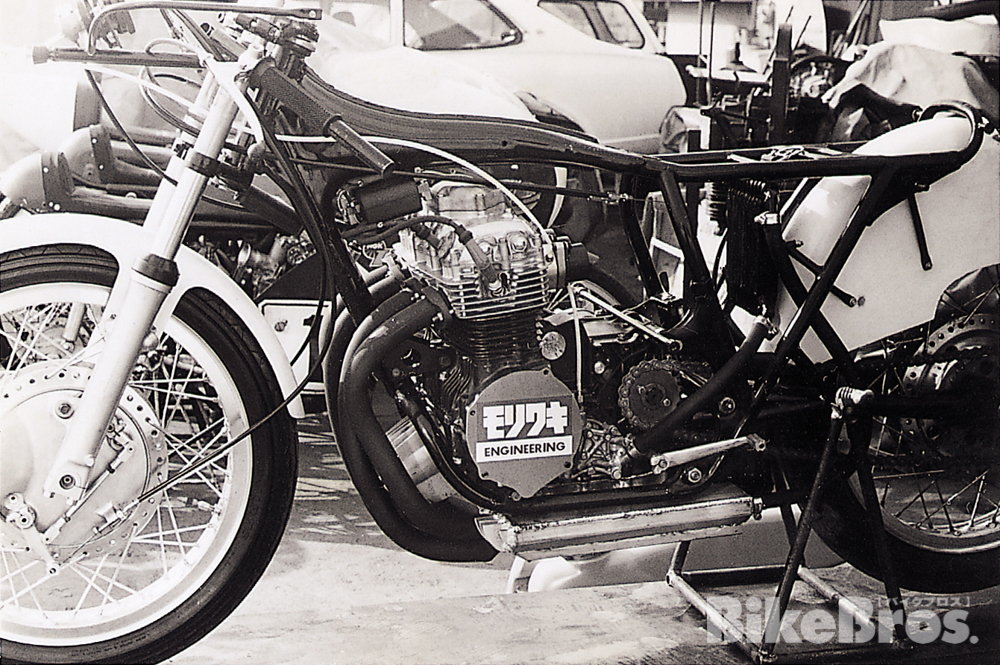 Pop’s daughter Namiko and her husband Mamoru Moriwaki founded their own business, Moriwaki Engineering, in September 1973 in the city of Suzuka. Mamoru has not only been a superb racer on both two and four wheels, but a truly unique and brilliant engineer with rational thinking, logical approach and innovative ideas, especially when it comes to motorcycle frame construction. Namiko later said in an interview, “Even if there wasn’t any trouble with the stateside subsidiary, he would’ve started his own business sooner or later, since his method is so different from my dad’s.”

After Namiko left, Pop began to shut down Yoshimura’s operations at Akigawa. He had asked Namiko and Mamoru to come back and look after the Akigawa factory, but they were already far too busy running their new company. The factory site was put up for sale in January 1974, and in March the factory was disposed. But, right after the shutdown and right before Pop was about to move to the U.S., he vomited blood in front of Namiko and Mamoru who happened to be there at the time to pick up discarded factory machinery. The blood came from his trachea —- fortunately not from his brain —- and it was caused by high blood pressure which he has been suffering from for years. He recovered after about a month in a hospital.

When Pop moved to the U.S. along with his wife Naoe and a small group of mechanics in May 1974, it marked the end for Yoshimura’s operations in Japan, all the way from Yoshimura Motors of Zasshonokuma/Gannosu to Yoshimura Competition Motors of Akigawa/Fussa. Pop has burned all his bridges behind him before arriving at the entrance of his prospective new home ground, Yoshimura Racing in Simi Valley, California.

The situation at Yoshimura Racing was so much worse than Pop expected. The stateside business partners had no intention to pay their debt. Besides, they were claiming the ownership of the warehouse full of parts sent from Japan. Their attitudes were also coercive. It was almost as if they were saying, “We take care of the business, so just keep your mouth shut and stick to making parts.” Pop had no choice but to sue his partners. At the Court, Pop and Fujio requested a testimony from a local third-party who defended their claim, but the court did not admit the third-party intervention. The Court decision supported the 50/50 company ownership and that was the end of the story. The two stateside partners took over Yoshimura Racing.

“You can have the company, but I will be back,” Pop told his ex-business partners in a clear voice. The loss was devastating: 20 thousand USD (the equivalent of over 95 thousand USD in 2020) for the trial expense, over 20 million JPY worth of machinery and equipment brought from Japan, tons of new parts ready for sale and the proud name of Yoshimura. Pop and Naoe returned to Japan in January 3, 1975. 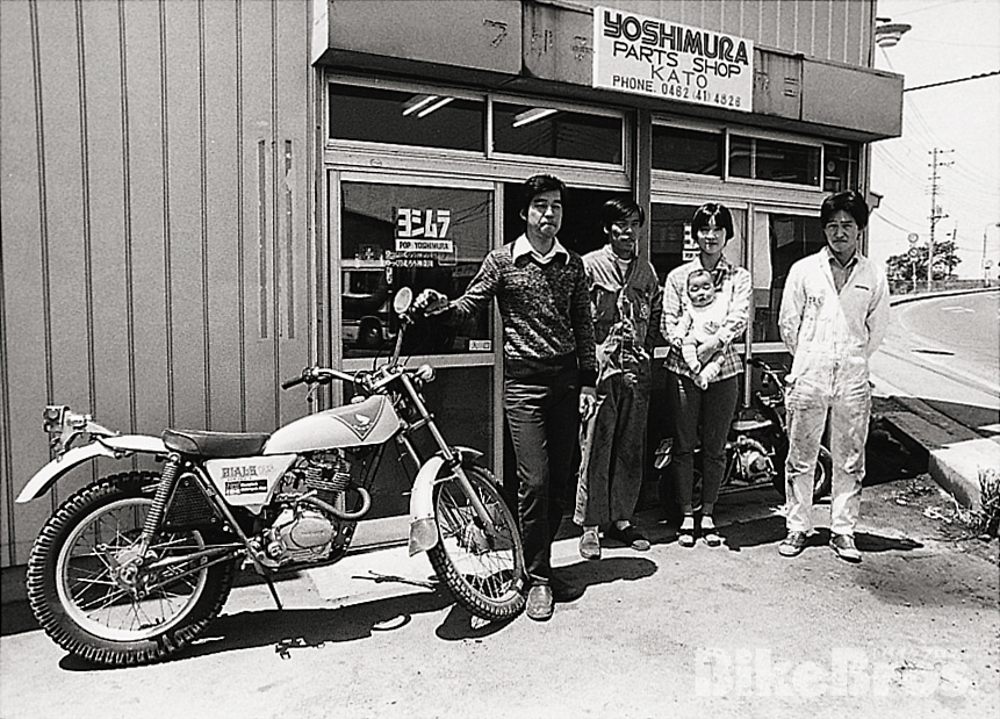 Pop’s second daughter Yumiko got married to racer/mechanic Shohei Kato and the two opened Yoshimura Parts Shop Kato in Atsugi (in the vicinity of U.S. Army Camp Zama, Sagami Depot and NAF Atsugi) in July 1974, which became the foundation for today’s Yoshimura Japan. The shop was started in a small storage shed next to their apartment, and in the early days, Yumiko mainly ran the shop since Shohei had other full-time job. In February 1975, the shop moved to a larger space up the street, as shown in this photo. From left to right: Shohei Kato, his brother Kenichi (now-former Executive Director of Yoshimura Japan), Yumiko with her baby son Yohei (current Yoshimura Racing Team Manager) and mechanic Koji Ohya.

Returning to Japan, Pop received full support from his daughters and sons-in-law: Namiko and Mamoru Moriwaki who run Moriwaki Engineering in Suzuka; and Yumiko and Shohei Kato who run Yoshimura Parts Shop Kato in Atsugi. Moriwaki Engineering began producing hand-bent Yoshimura 4-into-1’s in-house. The production of comparatively simple machine-bent Yoshimura pipes was outsourced. Namiko solicited cooperation from domestic motorcycle parts suppliers, asking them to not to do business with the “Yoshimura” in Simi Valley. Mamoru conducted negotiations with Honda, Kawasaki and other motorcycle makers regarding the supply of OEM components —- such as raw camshafts —- and made deals with a camshaft machining facility and a piston manufacturer. He also made a contract between Moriwaki Engineering and Pop under which Pop receives a royalty fee for every Yoshimura pipe produced at Moriwaki. It was a sign of mutual respect and support between family members, as well as a reflection of a lesson learnt from the recent takeover of a subsidiary. Thus the rebuild of the original Yoshimura began, and the time was on its side.

The era of big bikes had arrived, and the folks all over the world —- in the U.S., Japan, Europe and the Southern Hemisphere —- were buying heavy-weight motorcycles. Day after day, Pop worked until midnight producing performance products. A good portion of them were shipped to David Dixon (of Dixon Racing in the U.K.) and Ross Hannan (in Australia) who were fair gentlemen and great supporters of Pop Yoshimura and Moriwaki Engineering. 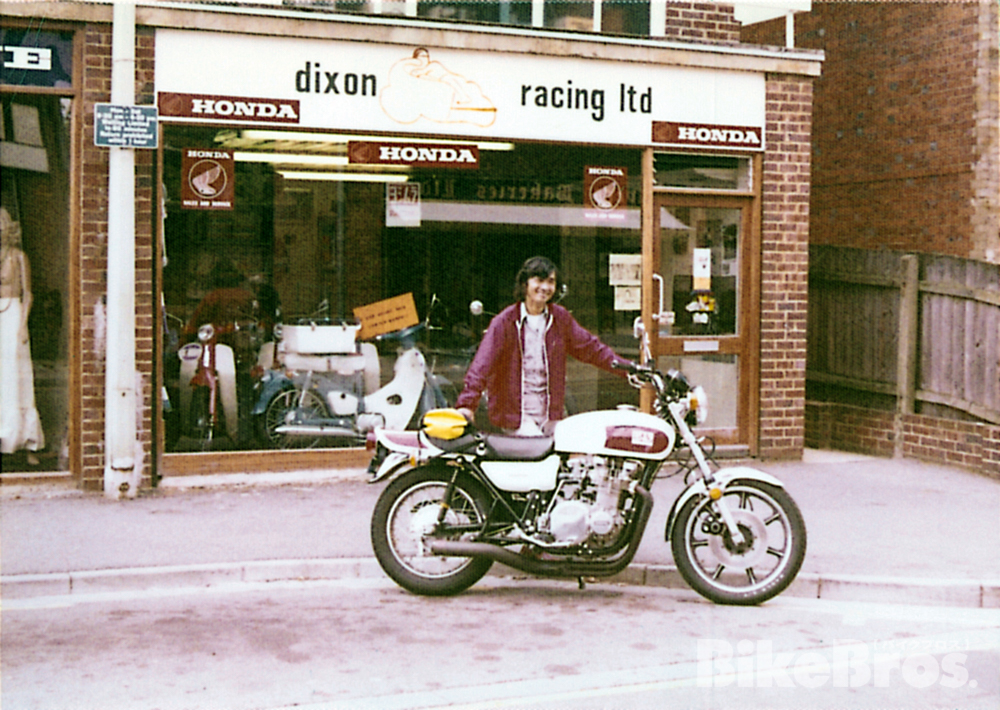 Dixon Racing in the U.K. has been a wonderful supporter who helped market Yoshimura products in Europe both before and after the subsidiary takeover. Here, Fujio poses by a Kawasaki Z1 (equipped with a Yoshimura pipe and a Yoshimura fuel tank) at the storefront of Dixon Racing.

Fujio stayed in the U.S. trying to market the original Yoshimura brand products made in Japan. He struggled, but it didn’t work well since he could not use the name Yoshimura as a brand name. In the U.S. aftermarket the name was a registered trademark of Yoshimura Racing. To solve the issue, Pop returned alone to the U.S. in April 1975 and on June 1, 1975, established a new subsidiary named Yoshimura R&D of America in North Hollywood on the outskirts of Los Angeles. 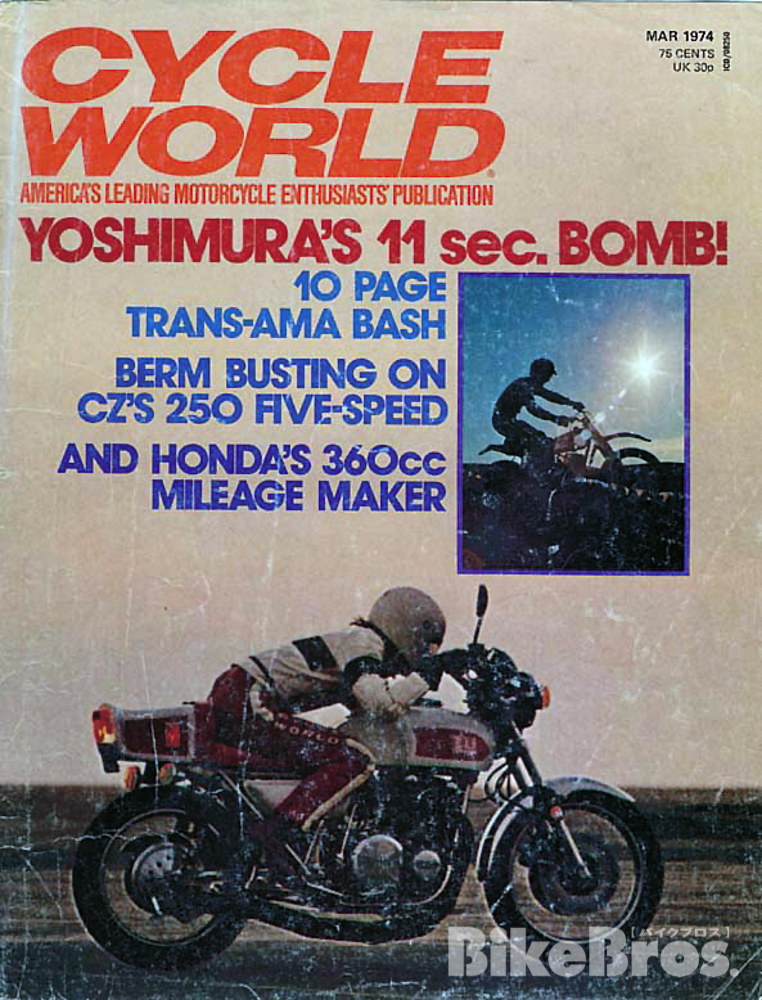 The cover of Cycle World magazine April 1974 issue featured Yoshimura-tuned Kawasaki Z1’s 11 second quarter-mile run. Even though it was during the days of Yoshimura Racing, this Z1 was a true Yoshimura built by the real Yoshimuras. Unlike the Japanese motorcycle scene, the American hot rod culture has a long tradition to appreciate and celebrate performance-tuned machines.

The original Yoshimura brand products were now officially permitted to be sold in the U.S. and, almost coincidentally, the sudden and enormous popularity of the Kawasaki Z1 supercharged the sales of Yoshimura performance products, including but not limited to pipes, cams, pistons and CR carbs. There were some obvious disturbances. Yoshimura Racing tried to block Pop’s progress. Fujio once had to return to Japan because his approved working visa was suddenly invalidated. But Pop didn’t give up. Rather, he worried about the riders —- poor victims —- who purchased the fake Yoshimura products, so he decided to offer free exchange of the fake products for real ones.

Yoshimura Racing eventually went bankrupt after changing its name to Dale-Starr Engineering. The ex-business partners were found guilty in a trial for smuggling parts from Japan (for exploiting their privileges as airline pilots and not paying customs). Fujio who was in Japan on standby returned to the U.S. in November of 1976; which happened to be the very first year of the AMA Superbike Production Championship, and at its center rose the new Yoshimura. 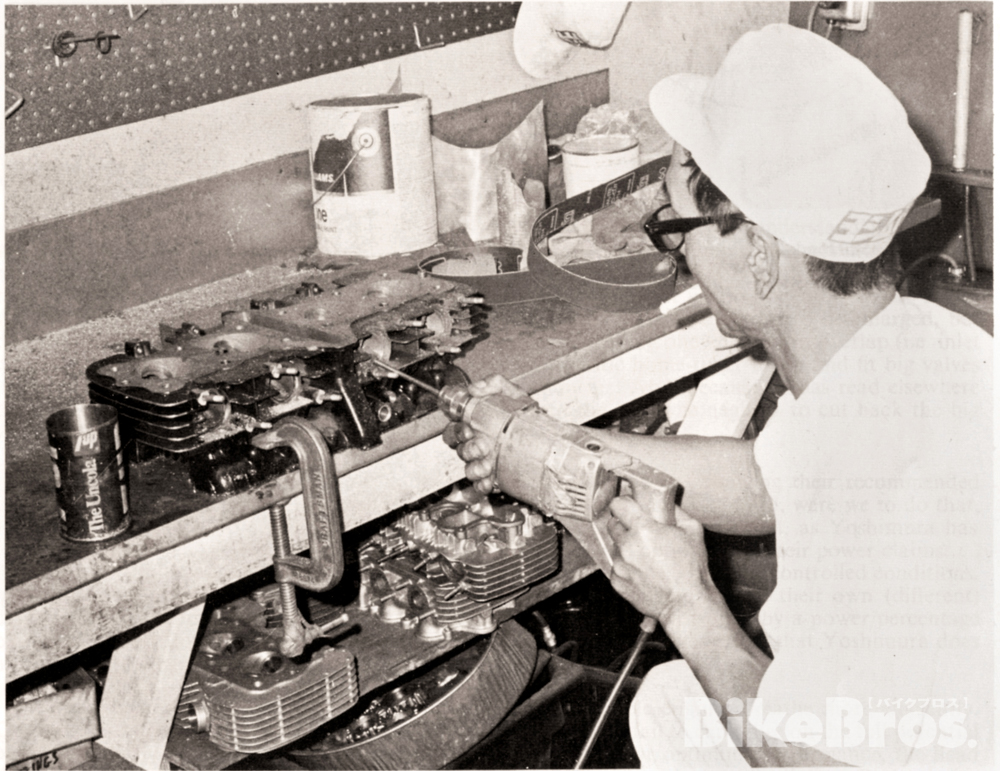 The “God’s Hands” at work. Although at first glance, Pop’s craft may seem a little rough, it actually is intended to achieve maximum efficiency, for which the precision increases as the process progresses. No matter where he is —- whether it’s Simi Valley, Moriwaki Engineering or North Hollywood —- Pop just kept on working, vigorously and steadily up to and past the age of 50.