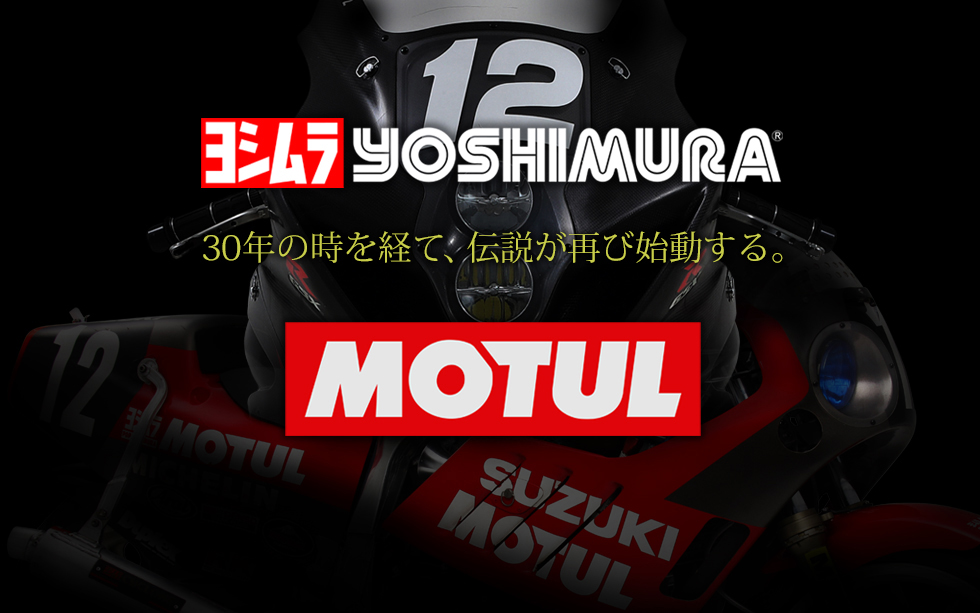 【NEWS】Announcement of title sponsorship with MOTUL

With this agreement, MOTUL will be the title sponsor and it is called “Yoshimura Suzuki MOTUL Racing” .

MOTUL and Yoshimura made a strong partnership with lots of victories in the past and we are glad their logo will be back on the Yoshimura tuned GSX-R after 30 years of period.

Having the strong partner and getting newly introduced Suzuki GSX-R1000, Yoshimura Suzuki MOTUL Racing team aims for the series champion of the All Japan Championship and Suzuka 8H win.

Announcement of title sponsorship with MOTUL